Most Important Step in DMAIC 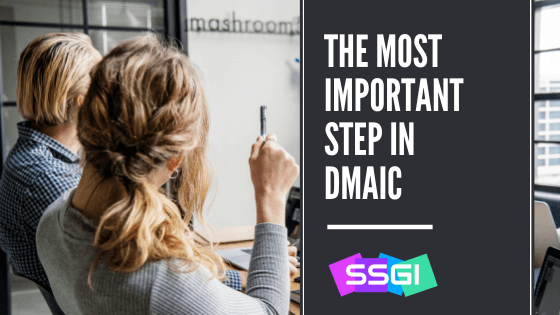 Most Important Step in DMAIC

However, there is one stage which, if neglected, can sabotage the entire project. Regardless of how much money and time is allocated to the project, this one stage can lead to project failure.

Here is an example.

An online retail company had been experiencing 20% growth over the last five years. Over the last two months, however, sales have fallen by more than 15%. The question is, what went wrong?

There may be, many possible reasons to explain this. Competitors may have taken market share. The website’s position in Google may have fallen, and customer preferences may have changed.

The marketing manager insists that the reason can be traced to the website. Over the last few months a significant number of images have been added to each page on the website and this has increased load time. He quoted Amazon, “After three seconds of load time, forty percent of the customers will abandon the site.”

“Our web designers need to correct this as soon as possible. We’re losing too many customers.,” he continued.

He was very persuasive and the next day a project team including web designers began to redesign the site and compress the size of the images.

When they were through, the site became more efficient and the load time was cut from 7 to 5 seconds for most pages.

The problem was, however, that these changes had no effect on sales. They continued to fall.

This is a classic example of identifying the wrong problem, of letting one or a few people dictate what they conclude is the problem. It is a case of overconfidence where a lot of money was spent to fix a problem that didn’t exist.  Finally, it is the case  of spending too little time on the Define stage of the project and instead plunging in too quickly.

Here are six steps to avoid shortchanging the Define stage.

Following this approach and emphasizing the Define stage is the most important step in the DMAIC process.