Barry Shore earned a Bachelor of Science Degree in Electrical Engineering from Tufts University and a PhD in Management Science from The University of Wisconsin. Upon Graduating from Tufts he worked for Boeing Company and General Electric. At both organizations he was recognized for his breakthrough work on missile guidance systems.  Shortly after earning an MBA he became one of the youngest production managers in the history of Hewlett Packard.

With over 40 years’ experience in industry and teaching, Professor Shore has earned a reputation as one of the leading authorities in Six Sigma and Project Management.  His pioneering work in Project Management dates back to General Electric and later Hewlett Packard.  After receiving his PhD he was a consultant for Harbridge House in Boston known for introducing PERT/CPM, a project management tool, to the Department of Defense and its many contractors.  Later he became a consultant for Arthur D. Little Company in Cambridge and MetaB in Seoul, South Korea.

Dr. Shore has written extensively in these areas, including over 100 peer reviewed papers published in leading scholarly journals, four books published by McGraw Hill book Company and Holt, Rinehart and Winston, and hundreds of articles in trade publications.  McGraw Hill honored him as a prize winning author for his book on operations management.

He has consulted at many of the top organizations throughout the world including Westinghouse, Chase Manhattan Bank, Timberland, United States Navy, Deutsche Telecom (Germany) and Doosan Heavy Industries (South Korea).

He has lectured at the University of Naples Federico Secondo (Italy), Henley Management School (UK), Renmin University in Beijing (China) and universities throughout the United States.

He is a Fellow of the Global Information Technology Management Association (GITMA) and was elected to membership at the Cosmos Club where he was cited for his distinguished contributions to the field of management science.

Today, Professor Shore is an outspoken advocate of the role of Project Management and Lean Six Sigma as metaphors for driving company performance to not only develop the right products and services but for creating efficient and competitive organizations capable of excelling in world markets.

His recent course material, prepared specifically for SSGI, has been acclaimed for its ability to present complex material in a very straight–forward and easy-to-understand style.  When asked about this work he says, “One of my greatest pleasures is to help professionals move their careers to the next level and gain the skills that industry needs to compete on a global scale.” 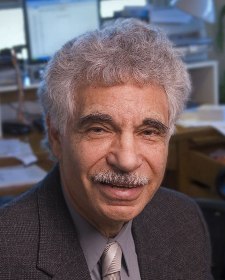 Barry has consulted for companies such as GE, Doosan, Hyundai and Deutsche. He has been a guest lecturer at some of the world’s leading business schools in England, Italy, South Korea and China.